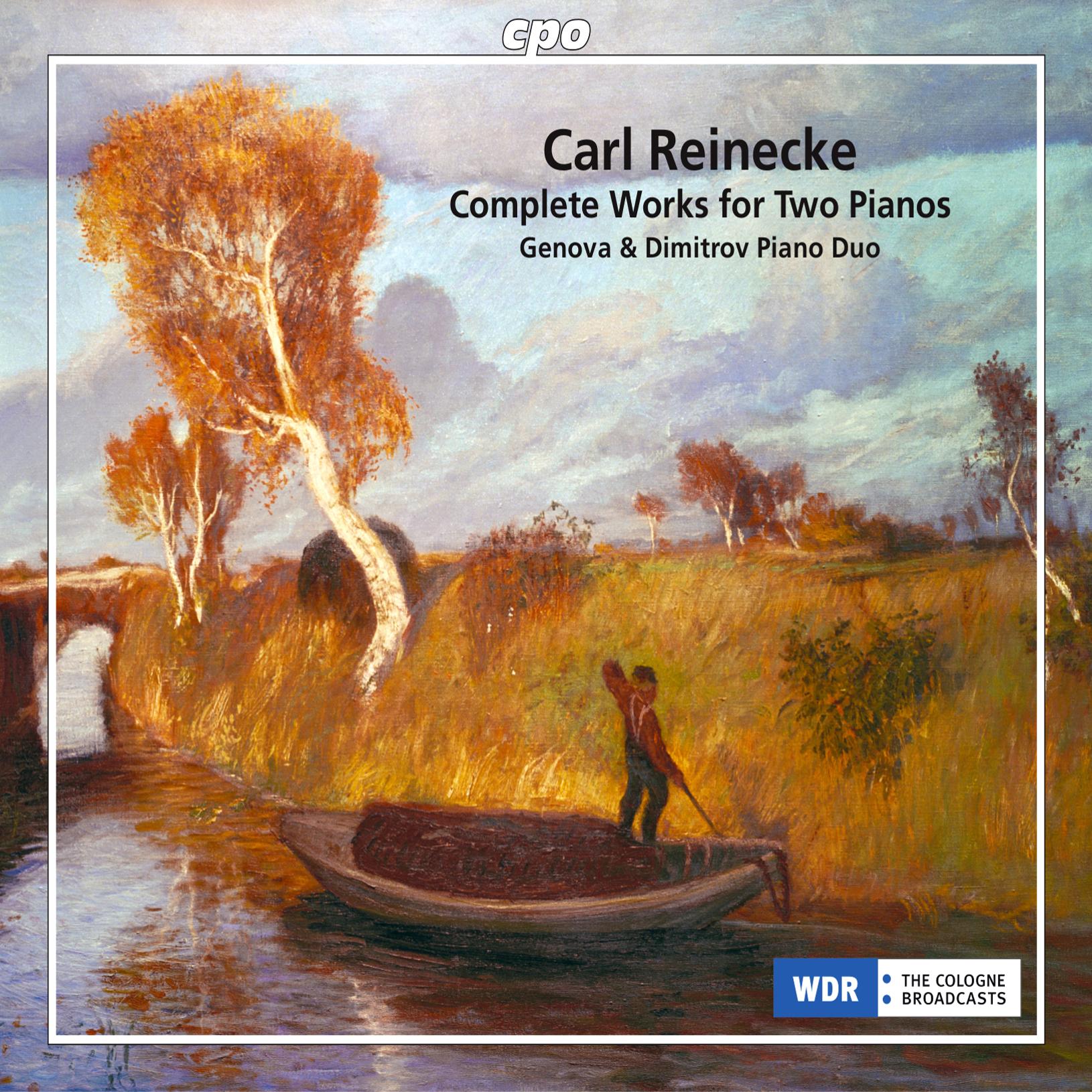 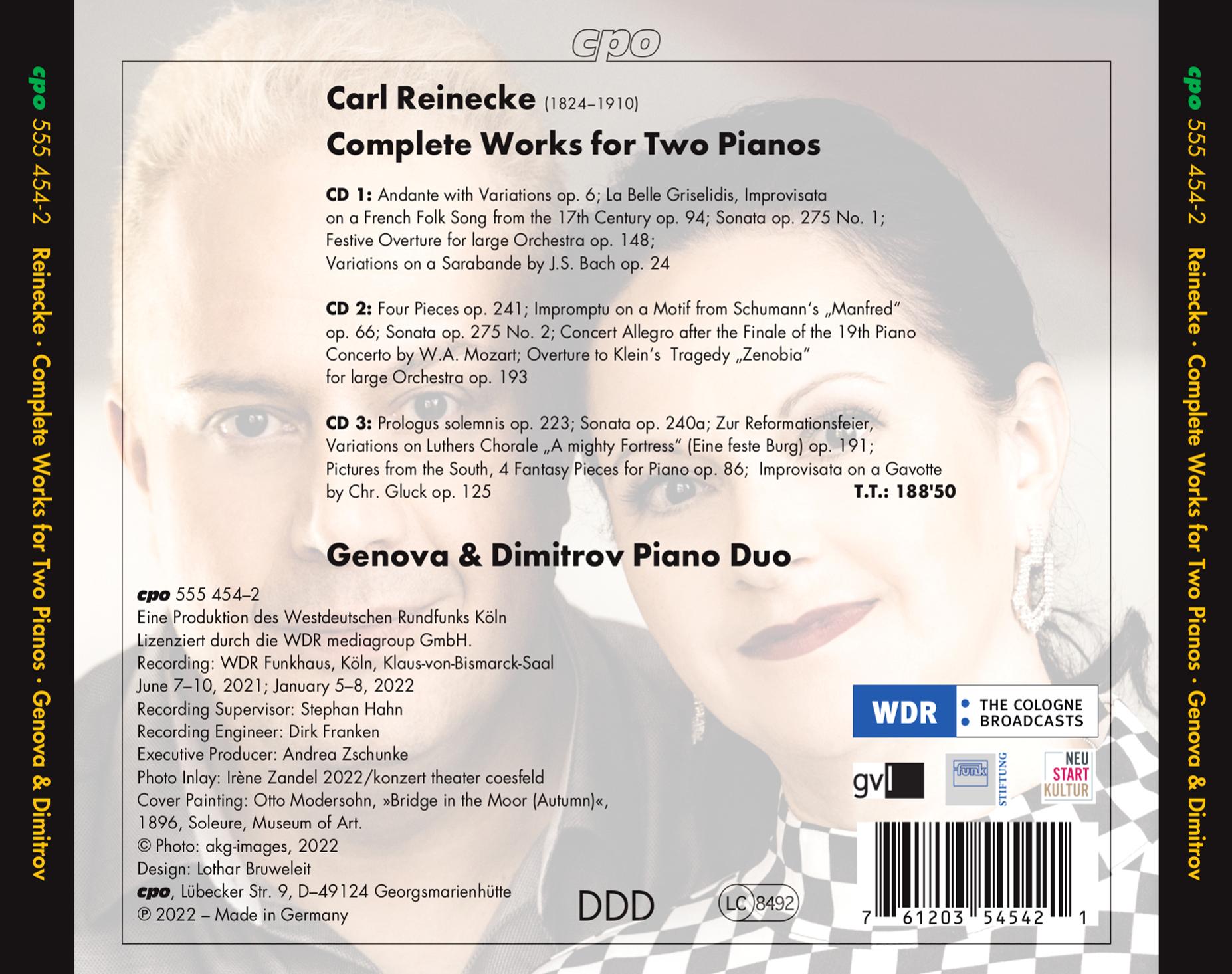 Carl Reinecke became known not least for his piano works, in which he reveals his style rooted in Romanticism. He wrote not only for solo piano, but also for piano four hands and for two pianos. The piano duo Genova & Dimitrov have now discovered this group of works for themselves and describe Reinecke as "one of the greatest surprises and discoveries of our musical path". The duo now presents the premiere recording of all works for two pianos and reveals: "Even while playing through the beautiful, introductory phrase of his Andante with Variations op. 6, a whole new world opened up before us in fractions of a second and drew us into the further almost 200 minutes. It is a world of multi-layered human emotions, contrasts and spontaneity, a world of boundless, pure love and courtesy to fellow human beings, of unconditional helpfulness and understanding, of the deepest respect for others, of devoted selflessness and unshakable faith in God and in the goodness of man. All that is Carl Reinecke as a person bubbles forth ceaselessly from his music. Through the present recordings, we hope to be able to pass on to our audience this «source of life» as pure and unadulterated as possible, just as we received it as a gift from the great master." A brilliant complete edition!